Original caption: Cave of Dead Sea Scrolls as seen from B3. View from south. 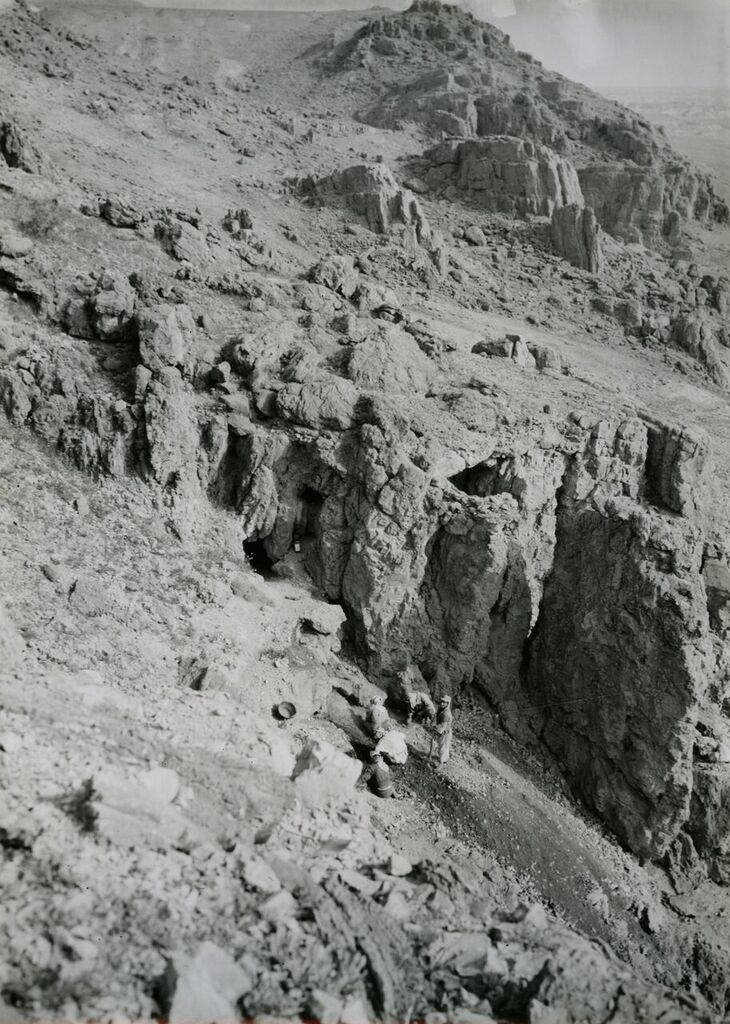 Comment: The view is from Cave GQ15, originally designated B3 (i.e., Team B, Cave 3) during the 1952 cave expedition (see previous photo ASOR1952-09). The view is to the slope in which Cave 1Q is being re-excavated. The lower entrance of Cave 1Q has been expanded. One can see four workmen further down the slope and an empty basket. This photo shows that substantial changes were made to the immediate vicinity of Cave 1Q as teams dug into the rocks below the cave entrance.

THE ASOR COLLECTION CONTAINS PHOTOGRAPHS FROM THE 1952 EXPLORATION OF THE QUMRAN CAVES, FOLLOWING THE INITIAL DISCOVERY OF THE DEAD SEA SCROLLS, WHICH HAVE BEEN SHARED WITH MEMBERS OF THE DQCAAS NETWORK.

TO REPRODUCE OR PUBLISH THE ABOVE IMAGE, PLEASE CONTACT ARCHIVES@ASOR.ORG.

WHEN REFERRING TO, OR CITING, ANY OF THESE IMAGES PLEASE CREDIT THE AMERICAN SCHOOLS OF ORIENTAL RESEARCH ARCHIVES, COLL. 005 ASOR PHOTOGRAPH COLLECTION, QUMRAN PHOTOGRAPHS, 1952.