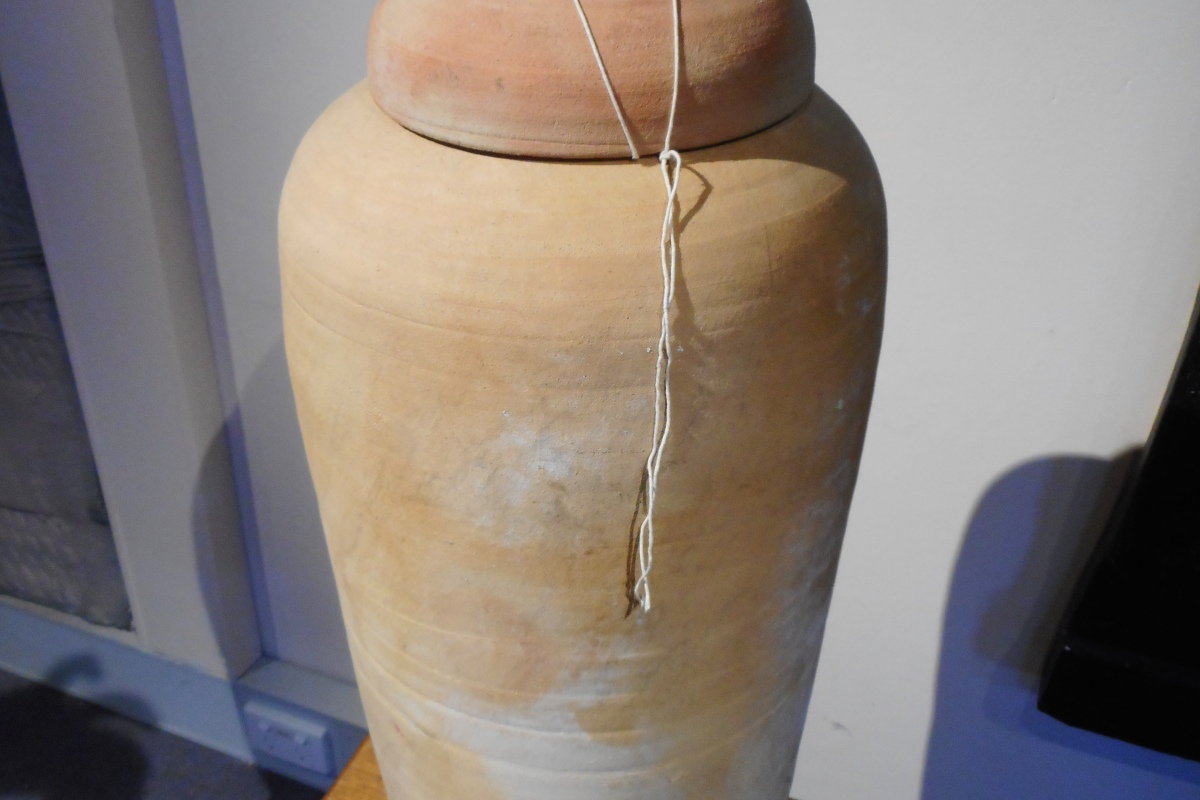 On February 20th, 2017, Christopher Davey, of the Australian Institute of Archaeology, Melbourne, hosted a visit from Joan Taylor, to review materials in the archive of G. R. H. (Mick) Wright. While the Wright archive did not provide materials on the caves, Dr Davey has very generously supplied his collection of photographs taken in 1974, and they can be accessed in our photographic database here in low-resolution. To obtain high quality images, please be in touch with him at director@aiarch.org.au.

While at the institute, the opportunity was taken to undertake some experimental archaeology, using the replica 1Q scroll jars and lids there. These replica jars are found in a variety of places, and their production could be an essay in itself, but thus far we have encountered them in Manchester Museum and in private collections. If anyone has further details about them do get in touch with us.

The interest with the replica jars is that they provided a chance for experimenting on how the lids might have been tied on (IF they were tied at all), when most of the jars had no handles. The knob on top of the lids provides an easy means of looping string around it, but where else did such string go? We tried tying the string around the knob and on to the neck, though the replica jars do not have the high neck of the actual 1Q jars and thus the string tended to be unstable. This form of tying still resulted in the lid being able to be lifted a little. We also determined that a tight fit of lid to jar was necessary, which would only be facilitated by having cloth tied to the neck (jar covers), to create a snug casing. A tightly bound jar cover could possibly also then have been used to bind on the lid, with its edges pulled up towards the knob. Textiles could also be used to completely cover the lid, bound on to the neck. It was determined that it would be hard to create a very tight binding of string alone unless it went around the base of the jar, and even this would not be as secure as a fit using cloth laid over the mouth of the jar and tied on to the neck prior to the lid being fitted. Jar covers are therefore an essential part of securing the lid snugly.

String of various kinds has been found in association with the jars in scroll caves, and further examination of this string may enable us to determine whether it might have been used for tying on scroll wrappers, jar covers or the exterior of jars.