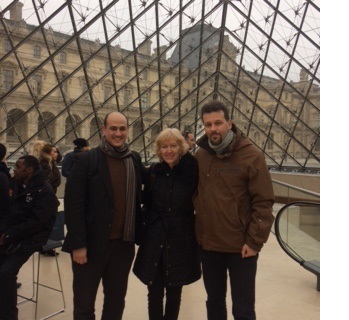 The Network meeting in Paris was attended by all partners: Joan Taylor, Marcello Fidanzio and Dennis Mizzi, along with Network Facilitator Sandra Jacobs. It was decided in order to have a Network meeting coinciding with practical work visiting the Qurman jar at the Musée du Louvre for close examination. It was a great opportunity for all parties to outline their respective work, discuss plans and share information.

As well as visiting the Louvre, the partners were honoured to meet with Monsieur Henri de Contenson, excavator of Cave 3Q, now in his 90s, and Madame de Contenson. He talked about his memories of working at Qumran in the 1950s, which was very valuable. 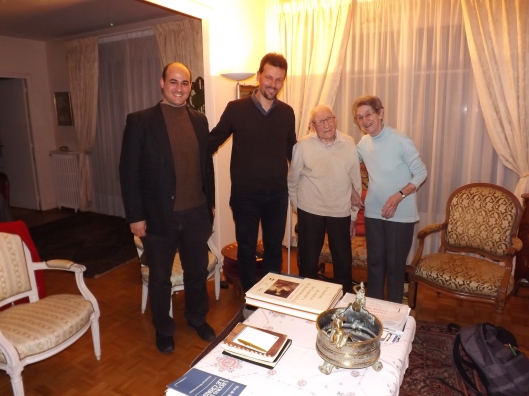 Since on Tuesday the Louvre is completely closed to visitors, the jar Q46 (AO20147) was brought out for examination in the gallery of the museum, with the kind assistance of curator Mahmoud Alassi. Lid Q13 (AO20148) was also examined. Our examination added to our awareness that greater comparative knowledge of the jars from Cave 1Q is vital, and this can only to be gained from studying them in the various international collections in which they are held.Initial publication details are provided by Dariusz Długosz, “Qumrân au musée du Louvre: En hommage à Józef Tadeusz Milik (1922-2006),” Revue de Qumrân 22/1 (2005): 121-129, and also at: http://cartelfr.louvre.fr/cartelfr/visite?srv=car_not_frame&idNotice=37415; 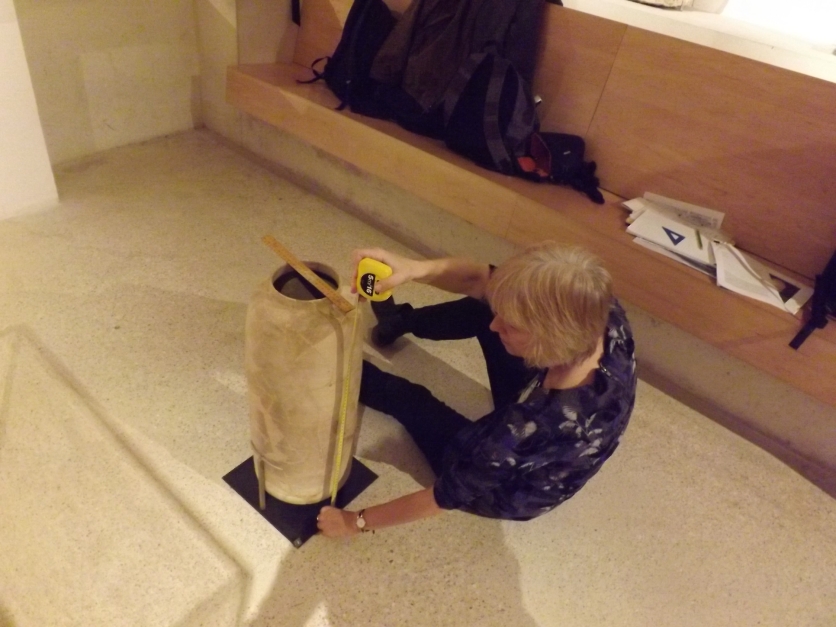 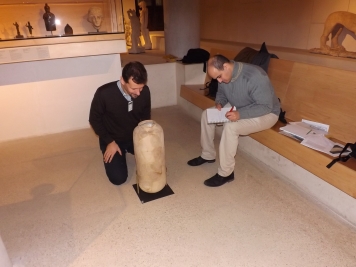 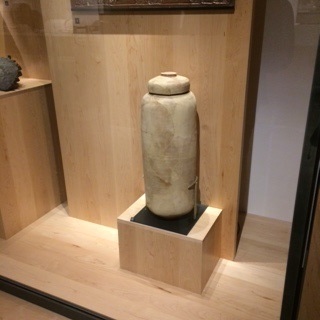 Our next Network meeting will be in April.