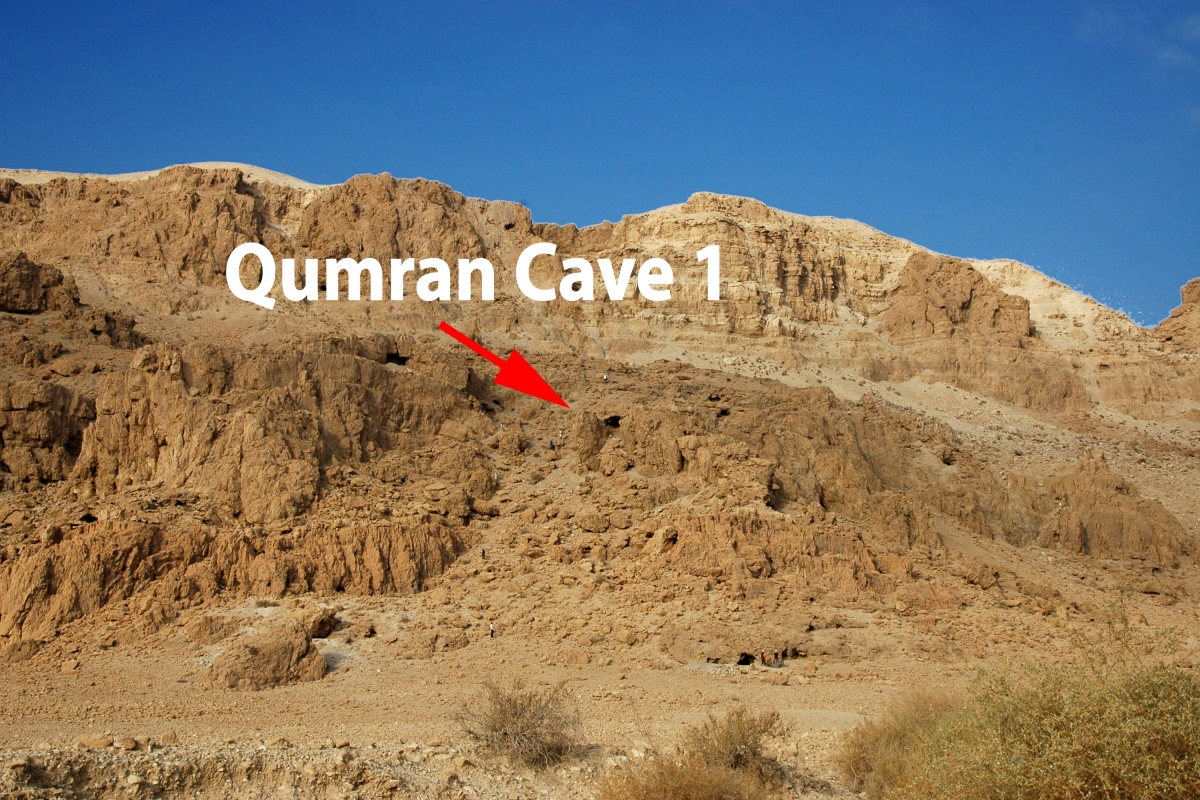 For visitors to Qumran, there is often the question: ‘Where were the first Dead Sea Scrolls found?’ If you look around at the hills they are dotted with caves, and at first sight they look remarkably similar. Which is the right one? We are grateful to Alexander Schick, who has supplied a photograph of the rocky escarpment where Cave 1Q is located, with a red arrow, so that visitors can find the location without a guide. To enable easier identification in historical archive photographs, we also include an ASOR image (cropped) where we have placed a red arrow to show the location of Cave 1Q.

NB Archaeologists  normally add ‘Q’ after ‘Cave 1’. The Q is for ‘Qumran’ and distinguishes it as a scrolls cave, as opposed to a non-scrolls cave which is referred to without a ‘Q’. In addition, all the caves in the Qumran vicinity were numbered in the survey of 1952 in a sequence, and Cave 1Q is actually Cave 14 in this series. The archaeologists and scrolls scholars surely had their reasons at the time for two different numeration systems, but it has led to confusion and continues to do so. The cave designated ‘Cave 1’ in the 1952 survey (with no scrolls in it) is actually further north.

One thought on “How to find Qumran Cave 1Q”