Abstract: Qumran Cave 1Q was the first site of Dead Sea scroll discoveries. Found and partly emptied by local Bedouin, the cave was excavated officially in 1949 and published in the series Discoveries in the Judaean Desert (Volume 1) in 1955. Contents of the cave are found in collections worldwide, and in different institutions in Jerusalem and Amman. While the scrolls are the most highly prized artefacts from this cave, in archaeological terms they are part of an assemblage that needs to be understood holistically in order to make conclusions about its character and dating. This study presents all of the known items retrieved from the cave, including those that are currently lost, in order to consider what we might know about the cave prior to its emptying and the changes to its form. It constitutes preliminary work done as part of the Leverhulme funded International Network for the Study of Dispersed Qumran Caves Artefacts and Archival Sources.

Electronic access to this article is available via Taylor and Francis

On 20-21 July,2017 Dennis Mizzi and Joan Taylor were able to photograph, draw and study pottery fragments in the Palestine Exploration Fund, London, which the Network has identified as deriving from Cave 1Q. The most important fragments come from a jar rim. 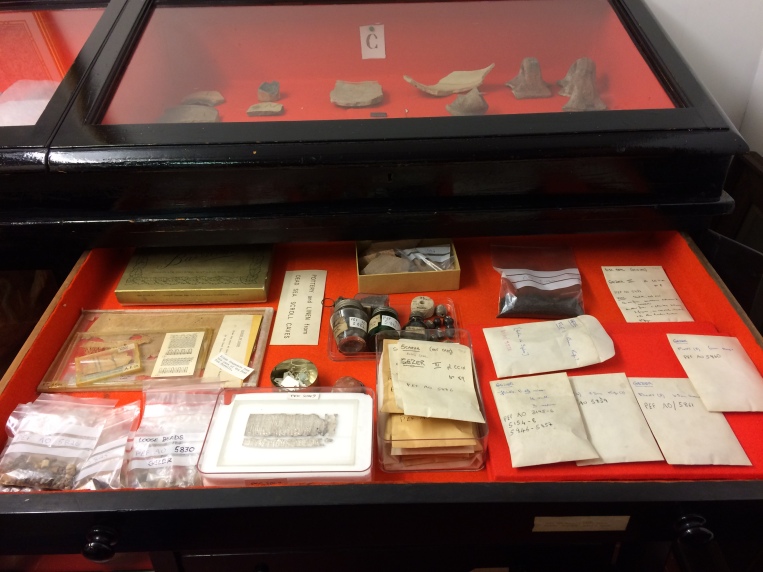 The pottery was associated with 1Q textiles stored in one of the PEF drawers, and has only recently come to light (see previous blog post). These will be published soon in a series of articles identifying the holdings of the PEF in regard to Qumran.

We are grateful to  the Committee of the PEF and especially to Felicity Cobbing (Executive Director), for making these resources available for study. 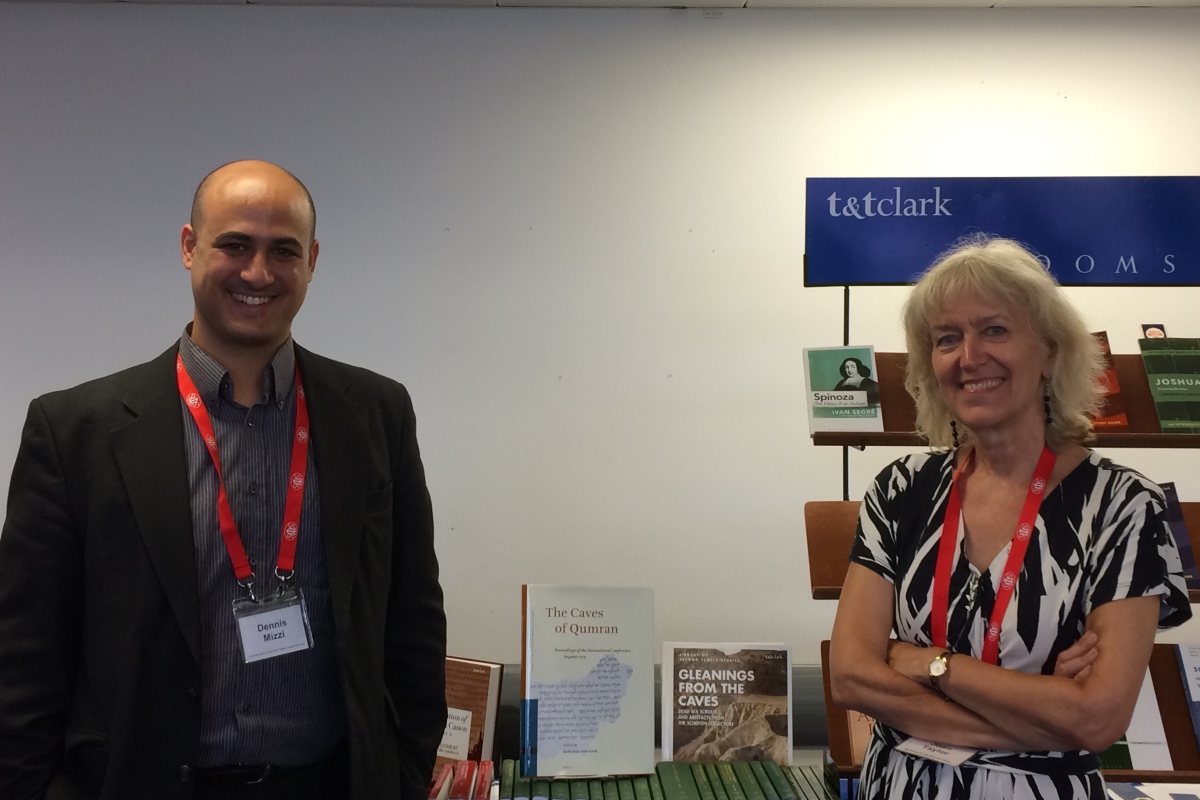 At the recent SOTS (Society for Old Testament Study) Centenary Meeting, held at King’s College, London, the  team reviewed the aims and achievements of the project, and explained how they are making available new findings via the website (www.dqcaas.com). Together with the project’s anticipated publications, the network is also feeding  data towards a new book series on the archaeology of the Qumran caves edited by J. B. Humbert and M. Fidanzio. The  very first volume of this series (on Cave 11Q)  will be appearing next year. To date, the  team have concentrated on materials connected with Qumran Cave 1Q and 11Q. In regard to Cave 1Q, there has been a particular focus on the jars dispersed around the globe in various museums and collections. Cave 11Q linen has been radiocarbon dated with interesting results. The photographic collection of the Allegro archive in Manchester Museum is currently being digitised, and other archival materials elsewhere continue to be identified. The network investigators concluded by informing the audience that they are keen to hear from anyone with photographs and materials of the Qumran caves from the 1950s and 1960s.