In 2013 the Non-Professional Archaeological Photographs project (NPAPH) was initiated in order to preserve non-professional documentation of past archaeological campaigns to the future and make it accessible to the public via digital archives.

The term ‘non-professional’ refers to two categories of records. First of all records made by visitors or participants of excavations who were not part of the trained staff, but who assisted as part of their continuing education or out of interest; for instance students, volunteers, reporters or sponsors. Secondly, the term represents personal photos, slides or films made by the archaeological staff itself.

Unlike official documentation, which can be consulted in published reports and is kept in libraries, museums, archives and on the internet, documentation by non-professionals is generally not accessible to the public. Furthermore, it is possible that these non-professional photographs, slides or films have not always been stored in the best conditions over the years. Therefore, the NPAPH project makes efforts to secure and make accessible this valuable documentation category.

One of the NPAPH digital collections is the Khirbet Qumran collection. This collection consists of photos made by people with various backgrounds. These include the archaeologists Ann Searight (now also available at DQCAAS) and Dan T. Hughs who visited the site during their stay in the region. Lucas Grollenberg, a Dominican priest from the École Biblique in Jerusalem, joined Père De Vaux at his excavations at Tell el-Farah (north) and Qumran. There was also the 26 year old Dutch student for the priesthood Leo Boer who had the opportunity to study at the École Biblique for a year (1953-1954). Here he engaged in Biblical studies, joined the third excavation led by de Vaux at Qumran from 13 February till 14 April 1954, and participated in many archaeological excursions organised by the École Biblique (Wagemakers 2014, 2011). Although he didn’t care much for archaeology, he would – indirectly and decades later – contribute to the archaeology of Qumran (Taylor 2014).

The origins of this project began by chance. During a conversation which I had with Boer in 1999, he suddenly produced two photo film canisters from his pocket and told me that these contained the photographs he had taken while excavating at Khirbet Qumran with de Vaux in March 1954. In his own words ‘he never had the time to do anything with them’ and that is why he had stored the film canisters in a small box in his garage for decades. Some years later it occurred to Joan Taylor and me that these photographs could be of real significance for the archaeology of Qumran and decided to publish some of them in an article in the Palestine Exploration Quarterly (Wagemakers and Taylor 2011a) and to present all of them in a feature on the Palestine Exploration Fund’s website (Wagemakers and Taylor 2011b).

Boer’s photographs indicate the huge energy of the excavations at Qumran and their rapid progress, as well as providing evidence of obscure areas of the site. Besides, given the many controversies about the nature of the site and the interpretation of its material remains, any new data that sheds light on the excavations was welcome.

And it did! For example, the mud-brick, plastered ‘block’ of L.86-L.87 had been interpreted in diverse ways by different Qumran researchers. Thanks to one of the photographs made by Boer, it could demonstrated for the first time that the top of the central block in L.86 had a slight hollow. Furthermore, we were able to state that the blocks are not the bases for palm-log roof supports, since the fall of the burnt wood on the Period Ib floor in L.86 — evidenced in another picture of Boer — indicates that the flat roofs at Qumran were constructed with beams running across the widths of rooms, with palm logs laid on top.

As the significance of non-professional records is obvious, it must be no surprise that the NPAPH project tries to stimulate others to search for this kind of archaeological documentation; it would surely be a tragedy if all those substantial images of excavations in the past, including those of Qumran, will be lost forever…

Taylor, Joan E. 2014. ‘The Archaeology of Khirbet Qumran,’ in Bart Wagemakers (ed.), Archaeology in the Land of ‘Tells and Ruins’. A History of Excavation sin the Holy Land Inspired by the Photographs and Account of Leo Boer (Oxford/Philadelphia: Oxbow Books), pp. 149-165.

Wagemakers, Bart. 2014. ‘Leo Boer, a Dutch Student in the Near East (1953-1954),’ in Bart Wagemakers (ed.), Archaeology in the Land of ‘Tells and Ruins’. A History of Excavation sin the Holy Land Inspired by the Photographs and Account of Leo Boer (Oxford/Philadelphia: Oxbow Books), pp. 1-21.

Wagemakers, Bart. 2011. ‘A Forgotten Diary and Photograph Collection as Valuable Records for the Historical and Archaeological Study of Israel and Transjordan,’ Strata: Bulletin of the Anglo-Israel Archaeological Society 29:121-139. 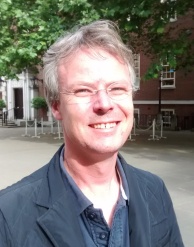 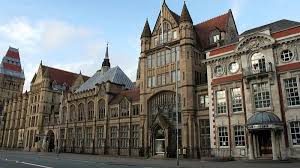 Initial exploration of the following collections:

Allegro archive in the Manchester University Museum with Collections Access Officer Jamilla Hawa, together with Deputy Head of Collections and Curator of Archaeology Bryan Sitch. These included four boxes of Allegro photographs, largely composed of laminated black and white prints that have previously been made into microfiche images and annotated in the publication by George Brooke and Helen Bond.The Allegro Qumran Photograph Collection: Supplement to the Dead Sea Scrolls on Microfiche (ed. G. Brooke with H.K. Bond; Leiden, New York & Köln, E.J. Brill and IDC, 1996).

From a label brought out from a drawer, identifying “POTTERY and LINEN from DEAD SEA SCROLL CAVES,” Joan Taylor asked for further investigation of a drawer otherwise holding Gezer material at the PEF, where along with Qumran linen she had previously identified, was housed. To everyone’s excitement, executive secretary, Felicity Cobbing brought out pottery sherds labelled with the abbreviation ‘AF’. As with the linen, AF stands for Ain Feshkha, which related to Qumran Cave 1Q (originally called the ‘Ain Feshkha Cave’).

Aware that Dr G. Bushnell at the Cambridge Museum of Archaeology and Anthropology had helped Elizabeth Crowfoot mount the Qumran linen in perspex, Joan Taylor got in touch with Imogen Gunn (Collections Manager, Museum of Archaeology and Anthropology, University of Cambridge), to find out whether there may have been any Qumran materials held in their collection.The museum holds a piece of linen (Accession No. 1952:21, currently identified as “cotton”), catalogued as “prehistoric,” and described as  follows: “Piece of plain woven cotton textile, mounted between two thin Perspex sheets. Wrapping from biblical scrolls.(Dimensions 11 inches in length; width 15 inches; source: Jordanian Department of Antiquities; place: Asia, West Asia, Palestine.” A further note on the catalogue card states: “Part of the wrappings of the recently discovered Biblical scrolls found in a cave in the Jordan valley. “ And in a later hand “i.e. the Dead Sea Scrolls.”

A handwritten letter from Dr Gerald Lankaster Harding, dated 27 July 1951, to Dr G. Bushnell confirms that the material was gifted to the University of Cambridge from the Jordanian Department of Antiquities, in acknowledgment of the help and kindness shown to Ms. Crowfoot. The letter has no archive reference and is currently held in the Museum’s 1951 correspondence file. https://www.instagram.com/p/BI5IV4hD-WB/